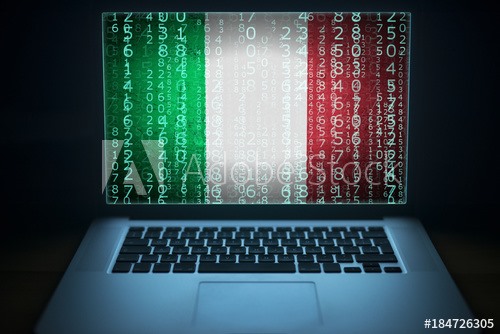 Guard Bryan Anthony led members in the Pledge of Allegiance to open the meeting.
President George Lapore thanked officers and trustees for serving the lodge over the past two
years, particularly Dave Lucier and his team for the efforts that made the Pumpkin Fest a
success.
Trustee Chris Rottmann announced the newly elected officers to be sworn in during the April 28,
2021 meeting:

George added that the Immediate Past President is a member of the Trustees.
The swearing-in ceremony will be during the April 28, 2021lodge meeting.
Bernie thanked everyone for keeping the lodge together during the COVID-19 pandemic.
We were the first lodge in Pennsylvania to have ZOOM meetings.

Scholarships. Tony Bianchi announce that we have one scholarship application to-date.
Financial Secretary Tony Bianchi reported that we currently have 106 members. There are no
new applicants since last reported at the February 24, 2021 meeting.

George participated in a Conference of Presidents of Major Italian American Organizations
Columbus Committee meeting. He encourages members to sign up for a committee. The
website is – https://italianamericaonline.com/about-us

George reported that Hershey Park will notify organizations about volunteer opportunities but
has received nothing yet. The park is opening April 2.

Picnic. Trustee Dave Lucier and Bernie Costanza secured the pavilion at Adams-Ricci Park for
September 12, 2021. Please contact Bernie if you are able to help with the picnic –
bacostanza@comcast.net or (717) 697-5384.

The Joe Turri Tournament will be held at Adams-Ricci Park on Saturday, September 25, 2021.
50% of the entry fee will be split for the top three prizes and 50% will be donated to a charity.

There was a writing among state officers about “social members.” Members of non-Italian
heritage cannot hold state office or be a state delegate. Non-Italian descent “Regular
members” can hold local offices.

A new membership application will be added to the website.

Bocce. Bernie reported that bocce season will run Thursday, April 29 through Thursday, August
12. The courts at Soldiers and Sailors Memorial Park are reserved for Tuesdays and Thursday
evenings: Thursdays are game night and Tuesdays can be used for practice or make-up games.
There are seven teams and substitutes.

Good of the Order:

Vice President Georgeann Maguire announced the Vietnam Veterans Ceremony on
Sunday, March 27, 2021, 2pm, at the Veterans Park in Enola. Golf cart transportation
will be available from the parking lot.
Bernie reported that East Pennsboro has not yet decided if PumpkinFest will be held.
Bryan Anthony remains Sargent of Arms.
Bernie reported that Lowe’s and Home Depot each offer a 10% discount to veterans.
Harvey Bilger added that Boscov’s also offers a discount to veterans.

The motion to adjourn was seconded by Bill Mingarell.

Speakers are needed for in-person meetings. Bryan suggested the Columbus expert
mentioned earlier in the meeting.

Fraternally,
Theresa Mingarell, Recording Secretary
The next regular meeting – likely a zoom meeting – is scheduled for
Wednesday, April 28 at 7pm.

“Working together to preserve Our Heritage, Our Traditions and Our Culture.”
Visit us on Facebook – https://www.facebook.com/CentralPALodge
See what else is new – https://centralpaosia.com