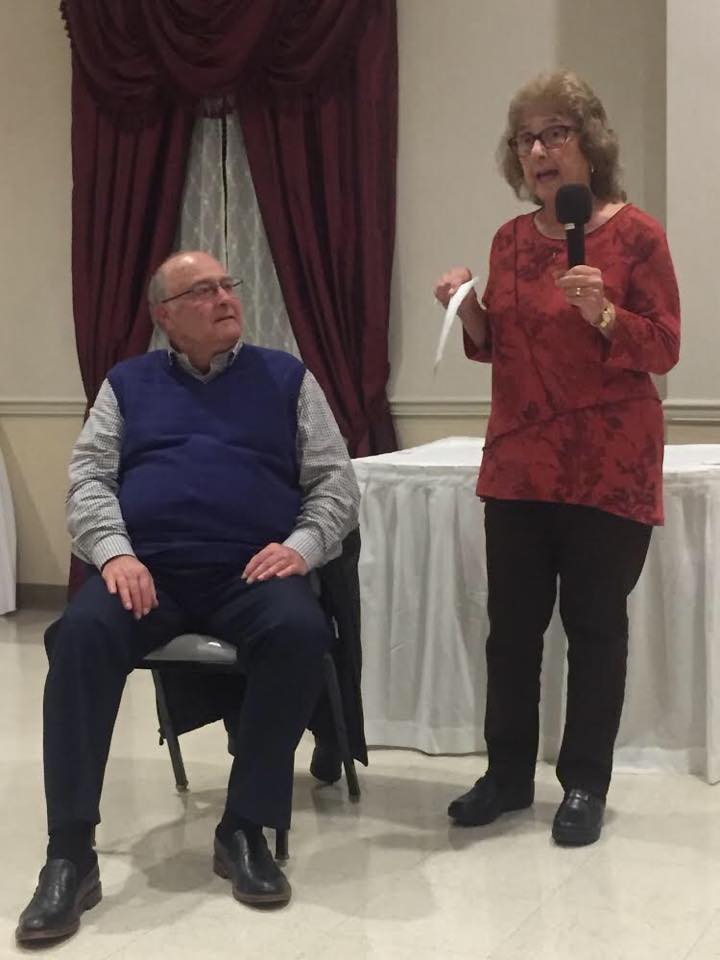 This year’s MVP (in baseball terms) is Bernie Costanza.  Bernie has been the treasure for the last five years, did all the research and paper work necessary for the name change, chairs the bocce league, Joe Turri Bocce Tournament, children’s bocce tournament, and organizes Italian Heritage Night at the Harrisburg Senators and is a Trustee for the State lodge. Dottie Sica presented a beautiful plaque that will sit proudly at a place of honor in Bernie’s home.  Well deserved. The selections committee was made up of the last three recipients of the award, Santo Paese, Joan Rottmann and Tony Bianchi.  Several people were nominated and all were deserving and the selection committee had a hard decision to make.